Skip to content
Home/blog/Is Safflower the Same as Saffron?
Previous Next

Is Safflower the Same as Saffron?

To answer this question, we must first know a little more about safflower and saffron.

safflower is a plant with oil seeds whose fat is not saturated and is considered one of the least harmful edible oils. This oil is used instead of sunflower oil in the preparation of food and salad. This plant with the scientific name: Carthamus tinctorius is cultivated in different parts of the world. As you may know, currently India, Kazakhstan, Mexico, USA, and Argentina are the most important safflower producers in the world. It is interesting to know, ancient books consider this plant to be native to Arabia, of course, traces of this plant have been discovered in Greek books and ancient Egyptian tombs. According to the said things, we find that this plant has been of interest since the distant past. It is interesting to know that this plant is planted in different parts of Iran in two production formats, the first part in Khorasan, Tabriz, and Tafresh provinces, which is known as fake saffron in these areas, and the second part in Gilan, hormonal and Bushehr provinces, which is known as Kajireh plant in these areas. 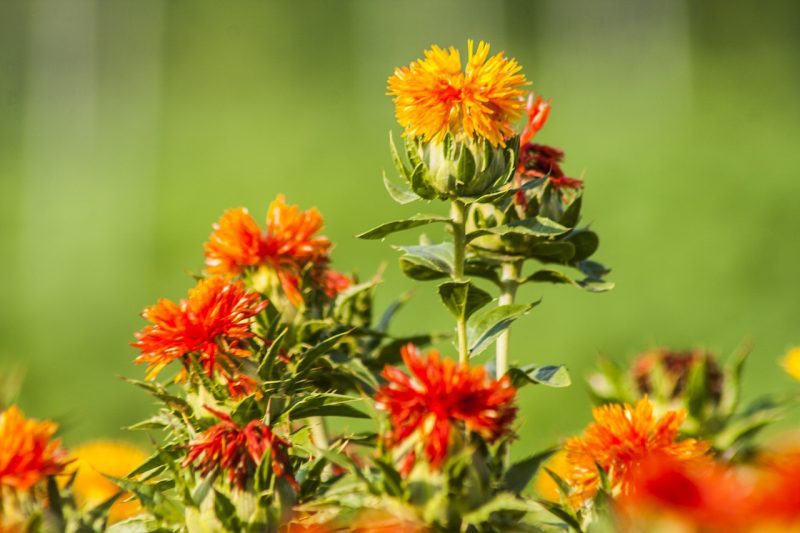 Cultivation of this plant in cold areas is done in spring in early May and in warm areas in autumn in October or November. The safflower plant is more resistant to drought than other oilseeds, so it is possible to grow it under the condition of an annual rainfall of at least 300 mm. As you may not know, the suitable temperature for seed germination is around 18 to 20 degrees Celsius. Safflower also needs relatively warm air and adequate light during the growing season. Due to the sensitivity of this plant to diseases in the soil that may infect the plants, the product should not be planted in the ground more than once in four consecutive years. The best time to harvest safflower flowers is three days after the beginning of flowering and repeating it until the end of the flowering period.

Be aware, to dry the colored flowers, you must dry the flowers in the shade because they lose their color under the sun. safflower flowers have two colored substances. The yellow substance is called Safflower Yellow and the red substance is called Carthamine. It is interesting to know that its beautiful color has made it popular in the dyeing industry. Maybe because people don’t know much about this plant, they don’t know that the safflower plant has protein in addition to fat. There are two types of fat in this plant, unsaturated fat which contains a large part of this plant, and saturated fat which contains a small part of this plant. It is better to know that the meal of the safflower plant contains fiber and protein, and the livestock and poultry food prepared from this plant’s meal is highly nutritious. It may be interesting for you to know that the fly is the most important pest in safflower fields.

Here are some of these features: 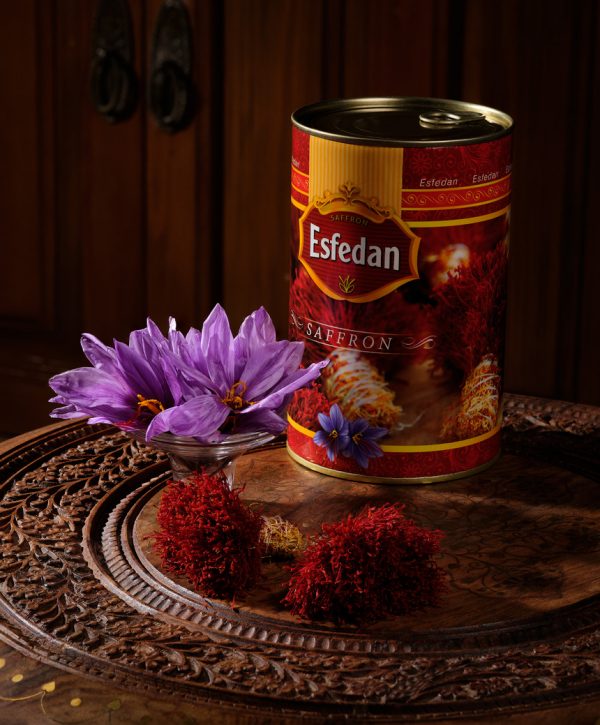 The color of the flowers of this plant is yellow and red, and maybe these colors are the only similarity of this plant to saffron. Although there are similarities between saffron and safflower, their differences are many. If we put them on paper to test saffron and safflower, the color left by saffron is yellow and the color left by safflower is red. saffron vs safflower has no aroma and taste and only has a high coloring power that is equal to saffron. In terms of appearance, the safflower plant has a moss-like appearance. Another thing about saffron vs safflower is the oiliness of safflower seeds. If safflower does not have the aroma of saffron, its oil increases the quality of cooking.

Saffron is one of the most expensive spices in the world, so much so that it has been called red gold due to its many properties. It should be kept in mind that the way this delicate spice is picked and its processing directly impacts its pricing. The best type of saffron is the Iranian saffron, it is interesting to know that Afghanistan’s saffron is also known as Persian saffron, and this is the news of the fame of the Iranian type of this plant in the world. Unlike the safflower plant, which is used in various industries, saffron is only enormous used in the food industry. Saffron is a spice with countless properties; hence it is called Red-Gold.

By adding saffron spice to your daily food, of course, in the right amount, you can benefit from all it is properties for your health. Although this ancient and royal spice always surprises researchers, it is expensive consumption has side effects for the consumer. Please be balanced in the consumption of saffron.