Skip to content
Home/blog/What is the best Saffron?
Previous Next

What is the best Saffron?

You may have asked yourself many times if the best saffron product belongs to which region of the world.

In this article, we are trying to introduce you to different areas of saffron cultivation in Iran. We should have more detailed information about saffron so that we can act consciously when buying it.

As you know, saffron is a strong plant that needs little water. This plant grows in subtropical regions. Areas with hot summers and mild winters can experience the best harvest of saffron. Regions such as Iran, Afghanistan, Kashmir (India), and Spain are among the prosperous regions in saffron cultivation and their share of this market is so high. The fertile soil required for saffron is usually sand and clay because they have the most suitable drainage for saffron. In Iran, Khorasan province, Isfahan province, Hamadan province, Kerman province, and some other cities with similar climates are engaged in saffron cultivation.

The income of most of the people in the city of Qian, located in South Khorasan, is provided by the cultivation of saffron, Qian has the best saffron farms and the best type of saffron in the world. Usually, when talking about the quality of Iranian saffron, the Sargol Iranian saffron from the city of Qian, South Khorasan province comes to mind. Although Razavi Khorasan is extremely vast and has the largest share of production in Iran’s saffron market, South Khorasan takes first place in terms of quality. It is interesting to know that Hamedan province is considered a fierce competitor in saffron production for Khorasan province despite its favorable climate and soil. Although Hamedan has favorable conditions for harvesting quality saffron, it does not have a large crop. 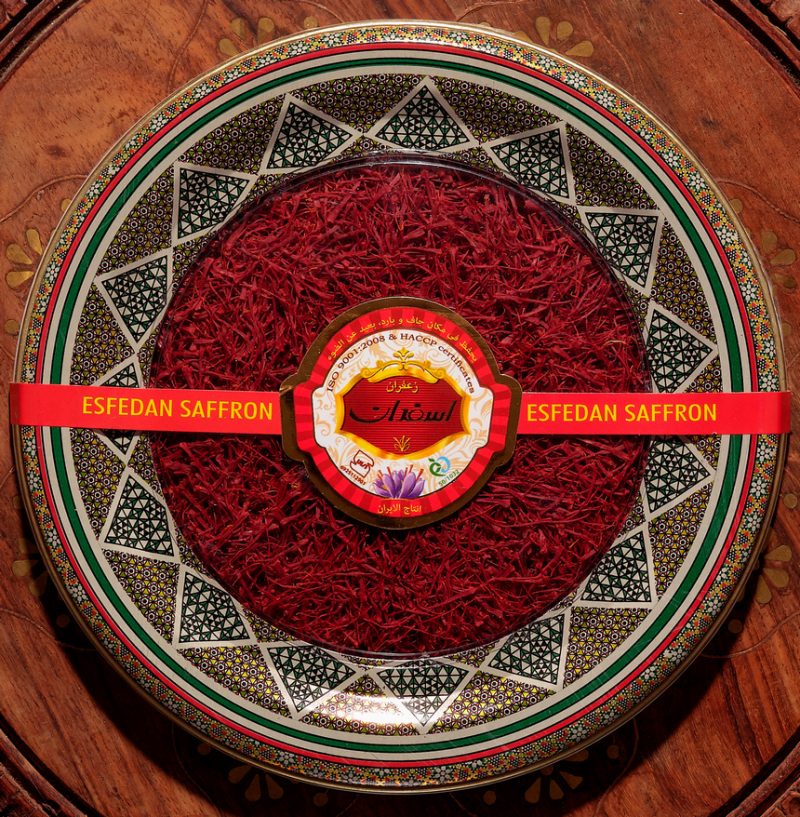 Hamadan can compete with Khorasan province in terms of quality, but in terms of annual production, it is not comparable to Iran’s saffron production hub. Although Isfahan has significant capacities in the field of saffron production and can produce high-quality saffron, it is not comparable to Khorasan province in terms of saffron production. Also, a significant part of Iran’s saffron export belongs to Isfahan province. Saffron is so important that the cities and countries that grow red gold celebrate the harvest of saffron flowers, in Iran, farmers celebrate their harvest happily, in Afghanistan, they hold a cultural week and plan to export it. In Spain, during the saffron harvest, many tourists go to this country to participate in the harvest celebration. Saffron brings

different cultures closer to each other, with these definitions, perhaps it can be called the flower of peace and friendship of nations. The importance of the saffron plant not only culturally but also medicinally is high, so its role in the treatment and improvement of some diseases has been proven. As you know, saffron has countless properties, among them it can be mentioned that it is an antioxidant, the antioxidant prevents the existence of free radicals in the body and plays an effective role in improving the cancer process. As we have stated many times, saffron will help you as a supplement in the treatment process and the treatment is not definitive. Consult your doctor before consuming saffron. The chemical

compounds in saffron have made this plant an effective and strong sedative. For friends who are suffering from anxiety and depression, even a pill of saffron is prescribed. We recommend you drink Esfedan’s refreshing saffron herbal tea. As you well know, Iranian saffron has the best quality due to its excellent geographical conditions, therefore it can satisfy the taste of different countries in saffron, for example, European countries are interested in Pushal saffron moreover Arab and Asian countries, are into Iranian Sargol saffron.

What is the Iranian argol saffron?

The appearance of the saffron

In terms of appearance, the saffron plant is divided into petals, stigmas, stamens, and bulbs(corm).

Petals: It is interesting to know, the petals have nothing less than stigmas in terms of properties and are equally valuable.

Stigmas: Stigmas are saffron threads that have a very extreme value and are sold at a high price in the market. The stigmas are qualitatively divided into Negin, Sargol, Pushal, Bunch, and konj( whit saffron)

The gem part of Kalleh is divided into super Negin, Negin, pseudo-Negin, and export Negin, this part is red and there is no trace of white cream in it.

Sargol or premium is the purest type of saffron. This type of saffron is sometimes crushed and broken due to the separation from the saffron threads and the way it is picked. However, it has a better taste than other parts of the stigma. as you may know, Sargol saffron is obtained by sieving the saffron of Pushal and bunch. This saffron is popular in Iranian homes due to its reasonable price and high quality, and it is mostly used at home. If you want to buy saffron, especially Iranian sargol saffron, you can visit our website and order the package you want and our colleagues will send it to you in the shortest possible time. Iranian Sargol saffron, with its wonderful flavor and strong coloring power, is a wonderful host in your home.

What is the difference between Negin and Iranian Sargol saffron?

The saffron that is picked and grouped with the yellow cream at the end of the saffron threads is called Pushal saffron. This type of saffron is picked together with the cream, so the probability of cheating in this kind of saffron is very low. This saffron has many fans in Europe.

The quality of Qalamdar saffron is high and they have more coloring power, the curling is less in this type of saffron and also it is thicker than other types of pushal saffron.

This type of Pushal saffron has more curling and a more normal thickness.

This part is the end of saffron, it has a lot of fragrance, but due to the absence of crocin in this part, it is white in color and does not have the necessary redness.

How to buy saffron?

With many experiences in the field of quality saffron production, and continuous cooperation with large chain stores. You can also buy saffron by visiting our website and experience an easy and high-quality purchase. We hope that by supplying the best product and also providing the best service in sending your desired product, we can have a small contribution to your peace of mind and also have the honor of accompanying you in the big Esfedan family.